Five Signs that Winter is Drawing to a Close

Despite the ice and snow in the Chicago area this week and the blizzard on the East Coast, there are signs that winter is drawing to a close. 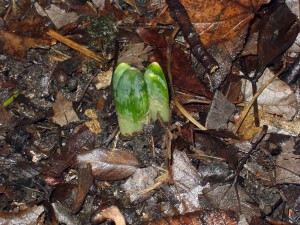 Daffodil shoots are peeking above ground next to my house on the sheltered east side. 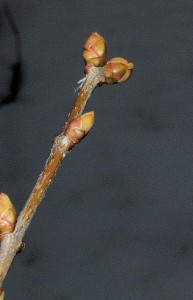 Buds are swelling on my lilacs and other shrubs.

Birds were singing when I walked into work last Friday.

And I saw people playing tennis outside on Saturday.

It’s been a mild winter here, but I’m looking forward to and watching for more signs of spring! 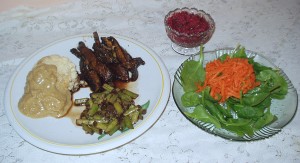 Remembering Katie Wherley, a family friend and my long-time hairdresser. She passed away on Sunday afternoon, June 13, 2010, following a brave fight against leukemia. My sympathies to her loving family, friends, and clients.

Lilies of the Valley

The lilies of the valley are in bloom on this Mother’s Day. My mother planted the original twelve pips more than fifty years ago. Now they’ve spread across the entire north side of the house.

Even the longest winter ends. The first flowers (snowdrops) bloomed in my garden in the Chicago suburbs on March 11. And at night, the first thunderstorm of the season!

At a recent family gathering, my sister, sister-in-law, and I got to talking about calico beans, which was a popular casserole dish when we were growing up. After finding my grandmother’s recipe, I was inspired to try a vegetarian variation. Quite good! It makes nearly two quarts, so I froze part of it.

Herring and Hillbilly Hummus for the New Year

I’m celebrating the New Year with creamed herring (traditional) and Hillbilly Hummus (new to me).

The herring was for tonight (New Year’s Eve). I served it with boiled Yukon Gold potatoes and pan-roasted broccoli with garlic. Simple, but tasty.

I’ll have the Hillbilly Hummus on New Year’s Day. It’s a spread of black-eyed peas, peanut butter, garlic, sage, and cider vinegar. The recipe is from Crescent Dragonwagon’s Passionate Vegetarian, one of my favorite cookbooks. Everything I’ve made from it has been delicious.

More cooking planned for tomorrow, along with plenty of work at the computer.

On this joyous yet bittersweet holiday, I remember those who have passed on so close to Christmas.

Good Christian friends, rejoice with heart and soul and voice;
Now ye need not fear the grave; Jesus Christ was born to save!

Let’s join their unending hymn from here on earth!

The Thanksgiving holiday included glorious weather on Friday and Saturday, bookended by two dreary, rainy days on Thursday and Sunday (including a surprise hailstorm on Sunday morning!). 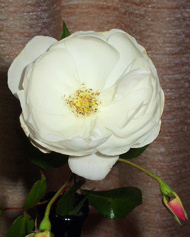 The last rose of 2009. Appropriately, the variety is called Iceberg, and it almost always has its last bloom in November.

File and find anything fast with Paper Tiger Online!